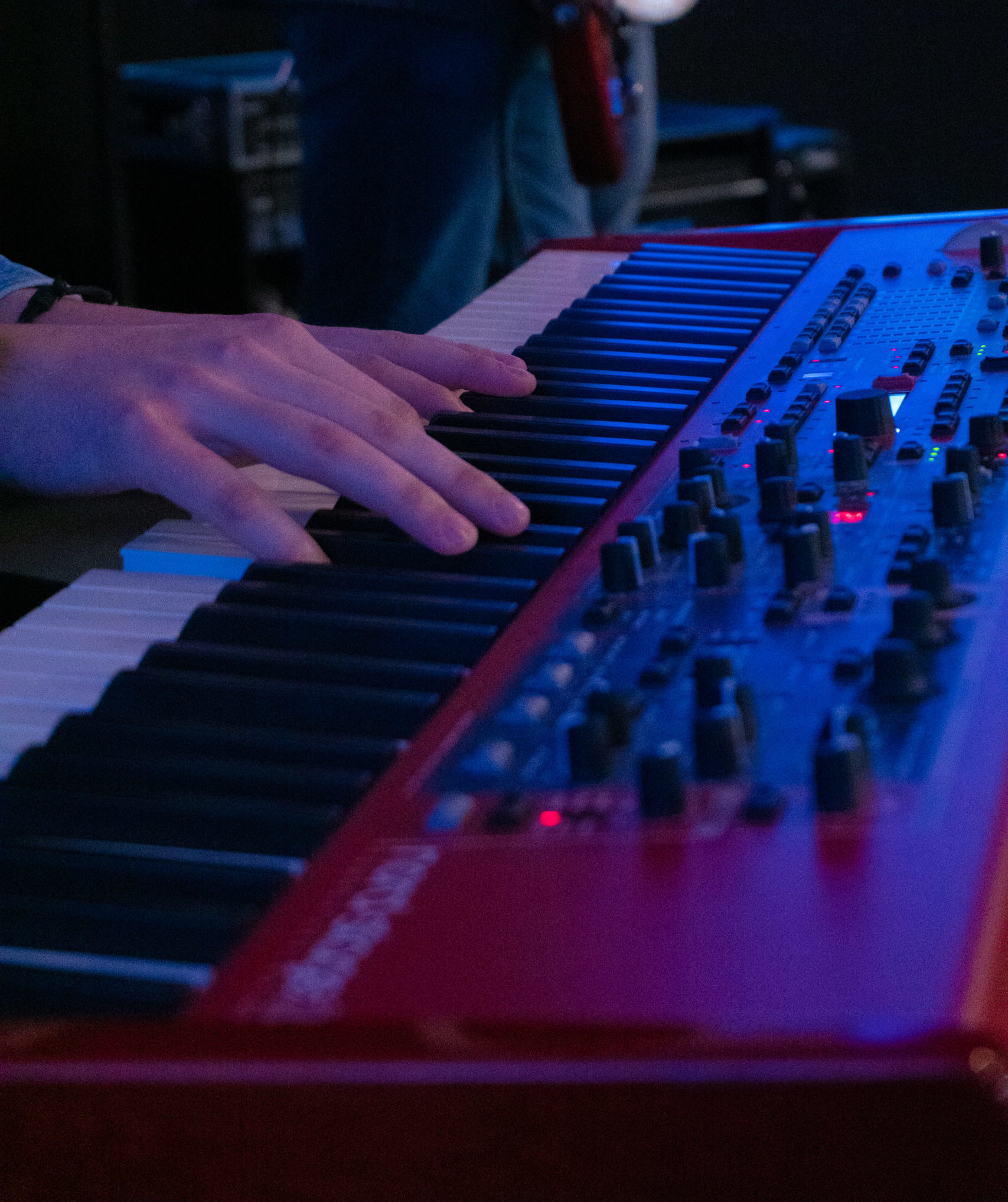 If I were to assert a theory that the Olympic sprinter Usain Bolt would transition easily as a wide receiver in the National Football League, some people would assume this would be true, due to his incredible speed and size. However, those who know football would argue that being a wide receiver also requires excellent footwork, incredible hand-eye coordination, an expertise in route running, the ability to block secondary defenders, etc. Summarized, to be a successful wide receiver, one needs more than sheer speed and size. Similarly, a fallacy that I have encountered as a keys player is that classically trained piano players can easily transition into worship keys because playing worship keys is “easier.” My answer to that assumption is, sometimes. This blog will articulate three suggestions to classical pianists on how to transition into a worship keys player.

In a full band mix, keys can generally be drowned out if the keys player is not playing strategically. There are different audio frequencies that stem from each instrument. For example, bass guitar and kick drum occupy frequencies that vocals do not. One goal that a full band should be shooting for is to occupy different frequency ranges with their instruments, in order to create a “fuller” sound. The beauty of a piano is that it has the ability to occupy a multitude of frequency ranges because of its diversity of low, mid, and high note capability. Arguably the most important thing for keys players to know is that you need to communicate with the electric guitar player and figure out what frequencies they are planning on occupying. These instruments have the highest risk of creating clashing frequencies, which makes the mix unclear and distracting for congregants. For instance, if your electric guitarist is playing a lot of a song lower on the neck of their guitar, this means they will be primarily occupying low-mid (250 to 500 Hz) to midrange (500 to 2k Hz) frequencies. In this scenario, keys players should be playing parts higher on the keyboard to occupy more of the upper midrange frequencies (2 to 4 kHz). This would practically mean playing higher on the keyboard (east of middle C). Fitting every other instrument in the mid-rage of the mix is a challenge that must be addressed as a team effort. Keys players must lead the charge by talking to your electric guitar player and audio engineer each week and figuring out how to complement one another in your playing.

The beauty of playing a complimentary instrument is that keys players often have the ability and space to do more than just playing musical parts. You have the opportunity to worship God through singing, through countenance, and through body language! On parts that you aren’t playing anything or you may just be playing a low octave with your left hand, throw your right hand in the air, sing the lyrics with passion, and show your congregation that it is safe to worship with more than just singing. Keys players, be worship leaders. Don’t just sit there zoned out or looking down, see your position on stage as a leader and shepherd. It’s who you are called to be.