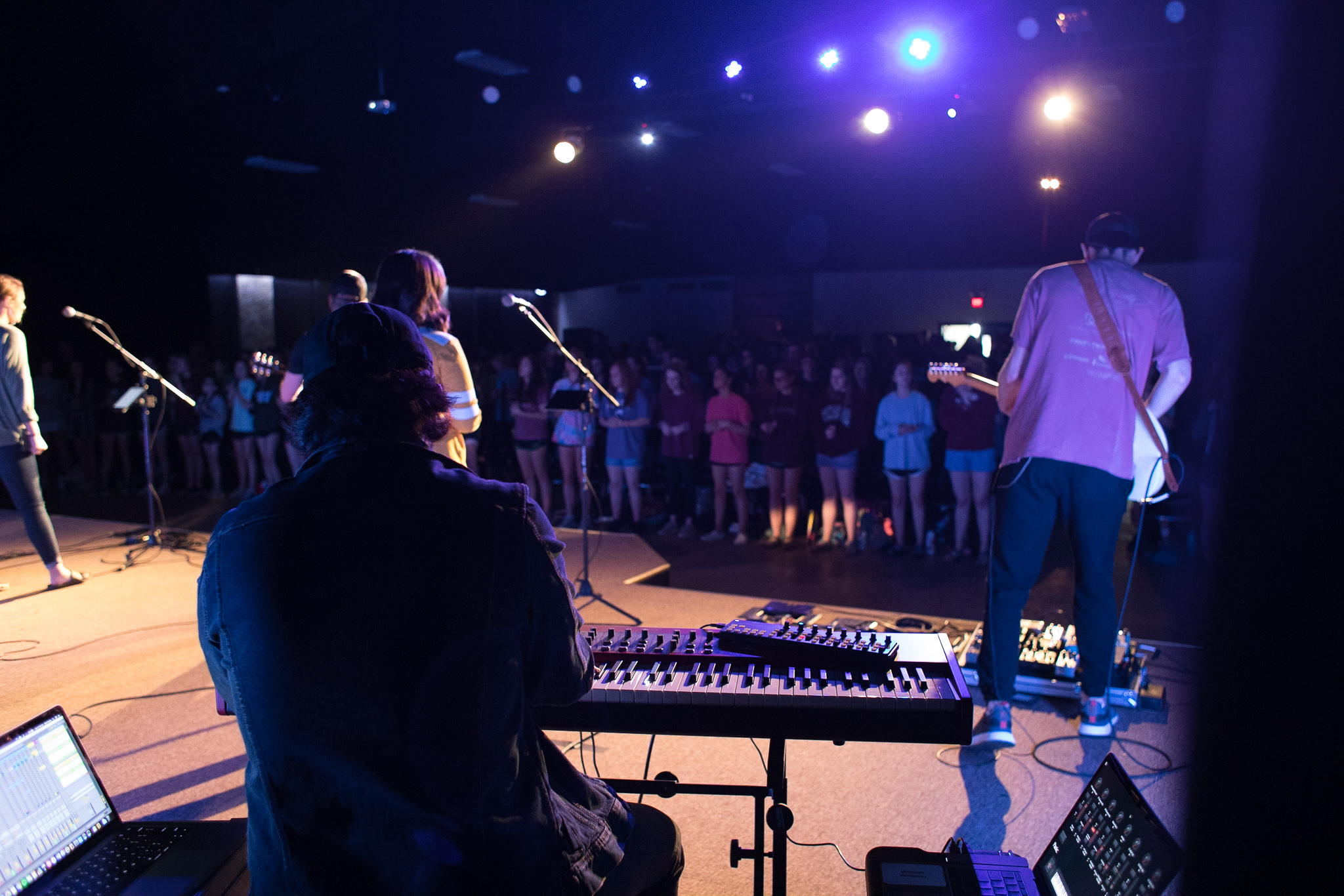 How to Chart Songs for Memorization

If you are a musician in the local church that doesn’t sing, you may never have thought of yourself as a shepherd in the context of corporate worship. However, there are hundreds of people who are looking up to you while you are on stage every single weekend. You have an incredible opportunity and responsibility to care for them to the best of your abilities by helping them worship Jesus Christ. But how are you supposed to do so if your role doesn’t involve singing or speaking?

One of the most subtle but incredibly powerful ways that Jesus showed compassion and care for His flock was to look at them when He shared news of hope and redemption. Let me give you an example from Matthew 19:

Jesus was incredibly busy at this point in His ministry, if you recall. He had just entered Judea with large crowds on his heel. He was busy healing the sick,  tending to the small children that were flocking to him, and taking extra time to explain to the disciples things that they weren’t understanding. He did all of this while circumventing the games that the Pharisees were trying to play with Him. He had every right to explain this concept to the disciples on the go, while paying attention to the path in front of Him, but He didn’t! He stopped to look at them to deliver news of hope and redemption! This is not insignificant, in my opinion.

One thing that prevents us from engaging our people in this way is having to rely on a music stand or tablet for song structure, lyrics, and chords. The music stand takes our attention off of our people and redirects it downward to information about our songs that can actually be memorized pretty easily with just a little bit of work! Memorizing your music is a fantastic step towards becoming a better leader on your stage. To do this effectively and efficiently, we all must have an understanding of the Nashville Number System. If you have never heard of this system or have but don’t understand why it’s important, take a look at this article!

Caution: if you don’t currently understand this system, that is totally okay, but just know that the rest of this post will not make much sense until you do!

I firmly believe that the average musician can memorize a worship song after listening intently and charting it out by hand 3 or 4 times in a row. Let me very briefly define two terms for the purpose of this discussion. Firstly, listening intently means that you are listening to a recorded version exactly like (or very similar to) the version that you will be playing without any distractions. Secondly, charting is simply putting our observations down on paper with a pen to help our brains process and retain this information quickly. Your charted notes also should not be used as a substitute for chord charts during worship. Remember, the goal here is to memorize the songs! Every song is different, but in order to generalize this approach, here are my recommendations for charting for each time you listen to a song:

As you can probably tell, we increase in precision with each listen. Once you have charted and memorized a song, all there’s left to do is practice it without the chart! Here is an example of how I used charting to memorize All Hail the Power of Jesus Name by Shane & Shane: 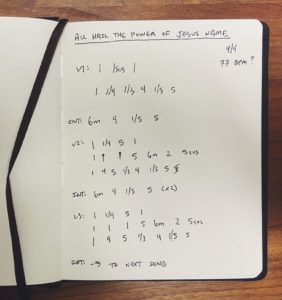 My main objective in the first listen was to identify as much about the arrangement and chord progression as possible, and then write it down. I was not too worried about lead parts, dynamics, or even getting a perfect beat structure down at this point. 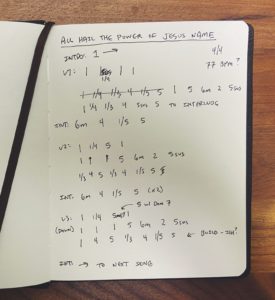 At this point, I made some edits to my original chord progression, added a few notes about some different chord inversions that I hadn’t picked up on previously, and was confident in my understanding of the arrangement. In addition, I added a few notes out to the side of different sections indicating some subtle changes in dynamics. 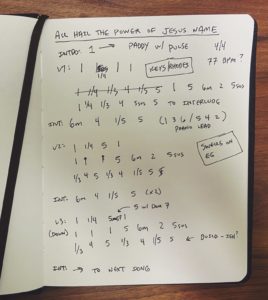 During this final listen, I was at the point where I could start honing in on textures and the finer details! I added a few more notes that were instrument-specific, and I was able to listen to and identify major scale numbers of the lead part in the interlude of the song.

The thought of memorizing songs for church is daunting, I know. It may be very scary to seemingly increase your chances of messing up or just blanking on chords or words, but I promise that it is worth it. Not because you will look and feel more like a professional musician or your worship leader made you do it, but because people are legitimately encouraged by engaging musicians during corporate worship.

“Therefore encourage one another and build up one another, just as you also are doing.” (1 Thes 5:11 [NASB])