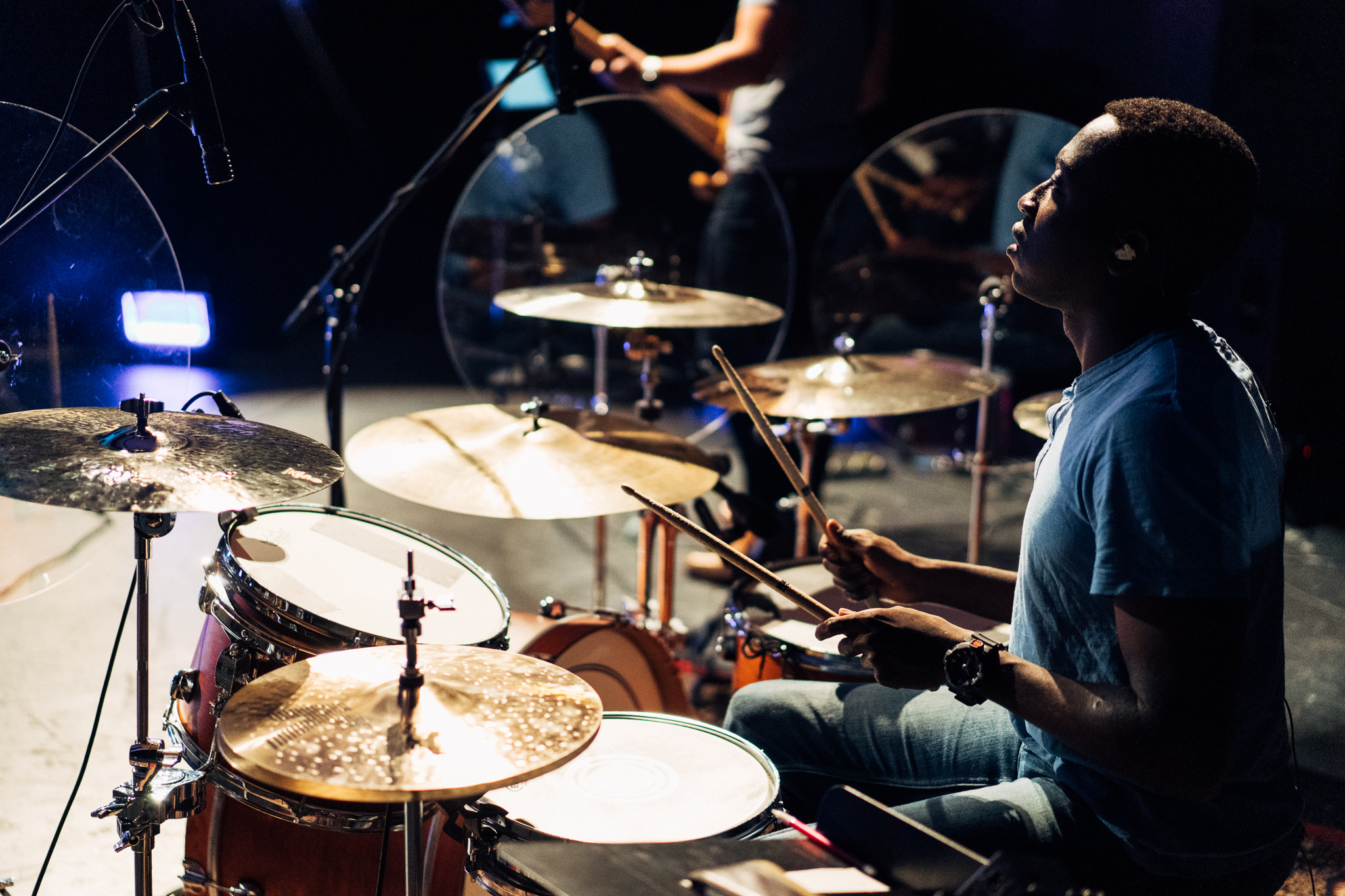 A Drummer’s Guide to Dynamics

Playing with dynamics is what separates the good drummer from the great drummer. Being technically skilled enough to nail a part is one thing, but accomplishing that while affecting the movement of a song is a unique skill. The hope of this article is to reshape the paradigm for how a drummer approaches dynamics by offering a few practical considerations for immediate improvement.

Considering a song as a whole can be accomplished on two main fronts: arrangement and instrumentation. When considering the arrangement, don’t jump straight to “what should I play in the verse, chorus, etc.” Consider the whole before narrowing your vision: what are the general dynamics of this song? What’s the climax? Where and how will I build up to it? Where should I hold back? What could I add or take away to make the dynamics more impactful? Where do I need to drive the song forward and where do I need to move to the background? These questions will inform what you play in different sections of the song, so it’s important to start big picture and work down from there.

Next, consider your accompanying instrumentation: What are signature parts of other instruments and how can my playing allow them to be most impactful? What build best compliments the parts of the other instruments? What is the bass player doing, and how can we be more in sync? Where should I play simpler to keep from drawing attention from the vocals? If a song is considered in terms of its parts, it’s easy for a drummer to look no further than what the drums do in a song. It’s important for a drummer to consider the other instruments to create a more cohesive, strategic product.

Consider how you can add variety

Once you know where you’re going in a song you can plan how you’ll get there and keep it interesting along the way. Many times, a drummer can influence dynamics not by playing louder or more complex, but by playing something different or unexpected. If you’re playing two choruses in a row, for example, think of how you can play the second differently: add in a snare / bass drum, include something on toms, open up the hi-hat–Anything that will keep the song from feeling like you’ve plateaued or stopped moving forward.

This applies to builds as well. Sub-builds are smaller builds within a larger build. Add these to create even more movement. Also, plan the different levels of builds you’ll play and how you’ll transition between them. You can start with a build on toms and snare, then move to snare and ride. You can also move from eighth notes to sixteenth notes. Builds are the greatest increase in dynamics of the song, and adding more movement on drums will only increase the impact of these moments.

For anything you do to be most effective, you have to come prepared. That means digging into the songs and showing up with a plan. That means asking good questions of the worship leader and other instrumentalists to make sure everyone’s on the same page. If you’re thinking critically about dynamics and coming prepared, your presence will be “felt” more than directly noticed. You’ll be moving the song forward without drawing attention to yourself, and as a worship drummer, that’s exactly where you want to be.