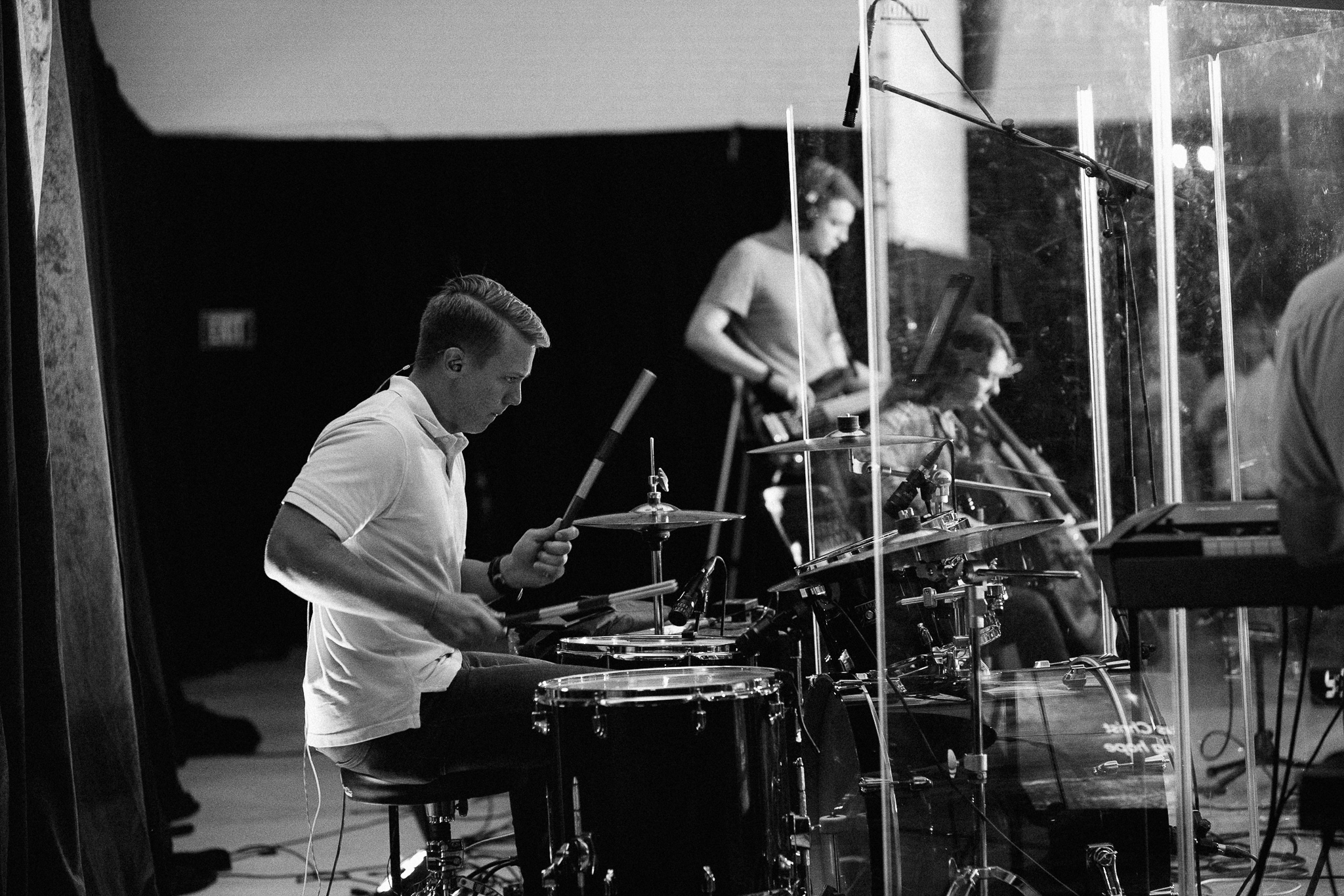 Identity Of A Worship Drummer

We’ve all met drummers who consistently roll into Sunday morning rehearsal ten minutes late while listening to the songs on their phone for the first time. Far too many drummers have allowed themselves to fall into a pattern of “just getting by”. The following serves to challenge the status quo of worship drumming as it details what a drummer is meant to be, and how you’re meant to serve your worship leader and your church.

A  worship drummer is a worship leader.

While you may not be the one with the microphone directly exhorting the congregation, you play a vital role in modeling a worshipful posture for your church. We’ve all seen drummers that are excellent players, but have a scowl across their face. What this communicates to the congregation is that they’d rather be anywhere else. It’s natural for drummers’ minds to be so filled with what they’re doing, that they become completely unaware of their countenance. It’s critical for you to accept your role as a leader, and resist the temptation to zone out. There are few things more powerful in a down moment of a song than a drummer with arms lifted in worship. It’s imperative that drummers be more than musicians and do everything they can to lead God’s people in worship with their countenance and body language.

A worship drummer is the most powerful influencer of the “feel” of a room.

It doesn’t take long for drummers to encounter their fair share of moments where the music stops in rehearsal and a discussion about chords and notes breaks out. Your lack of contribution to this discussion may cause you to feel like a second-tier musician. You must resist the temptation to belittle your craft because your instrument looks, sounds, and operates differently. Few things can transform a room faster than a well-placed build or a fill that perfectly complements the playing of other musicians. This does not mean playing bigger or more elaborate parts; what’s fundamental here is playing the RIGHT part, regardless of difficulty. We’ve all seen drummers that play every moment at full volume with no regard for the audiological health of those in attendance. Learning to play with purpose and dynamics will transform your playing and dramatically strengthen your band’s impact and ability to create meaningful worship moments.

A worship drummer is a child of the Living God.

When you step on stage, what thoughts run through your mind? Is it transitions or parts? Is it hoping you don’t mess up too obviously? For the believer, try orienting your worship around this: You were helpless and lost in sin, but God interceded and made you alive with Christ, canceling the record of debt that stood against you. Where you were once called enemy, you’re now called son or daughter of the risen and reigning King.  Regardless of what titles the world ascribes to you, you have value that surpasses temporal positioning. He is worth your worship, your effort, your time–he is worth your best. His church deserves your best. When you’re tempted to mail it in, remember that your Heavenly Father delights in the praises of His people, and He has allowed you to play a part in the facilitation of His worship, and that is an honor.

It’s so easy to slip into routine and more closely resemble the drummer described in the beginning of this article, as opposed to the one in the subsequent paragraphs.  I urge you to resist the temptation to be less than what you can be. Your band and your church will benefit so greatly from your extra effort. Embrace who you are and how valuable your role is to your team. Your impact will be as great as you allow it to be.